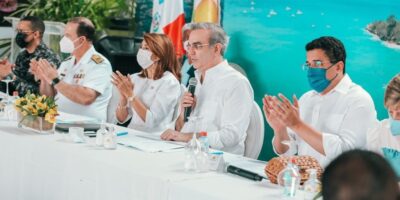 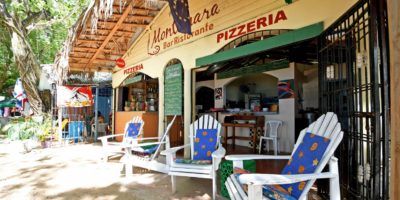 Sosua Beach is considered the most important beach on the North Coast of the Dominican Republic, inside a bay known for its crystal clear waters, great snorkeling and marine life. The beach is lined with trees that provide shade, very convenient for those who prefer to stay off the sun when it gets hot. Beach stalls with restaurants, bars, gift shops, tour operators, art shops and other businesses line up the back of the beach, providing everything needed for a perfect vacation day with family and friends.

During 2018, the beach saw a massive, natural overhaul during an ocean event that moved the sands from other beaches to Sosua Beach, and made it larger and wider. This pushed the sand line more than 3 times its size, making it even better than it was all these previous years, and its lenght gained about 50 meters, all the way to the Victorian House and Sosua Bellamar hotels.

Sosua Beach is also famous for its water sports, great fishing tours and yacht parties. The restaurant selection is as varied as its population, ranging from English to German, Jamaican, Italian, French, Serbian, Austrian and North American. Local artists can be seen painting when tourists walk down the main street, also lots of diving centers around the parking area gearing up with tourists visiting from hotels and private villa rentals.

An important aspect of Sosua Beach is the fact that the clear waters are shallow in many areas, and parents can watch their kids from vantage points where food and drinks are delivered, straight to the chaise lounges by the water. The view from any point of the beach, the banana boat zipping by the anchored yachts and the beautiful background of blue sky against the Isabel de Torres mountain makes this a supreme vacation experience in the Caribbean. 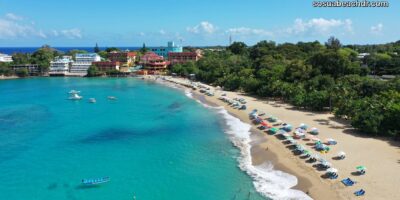 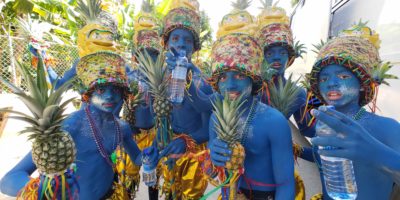 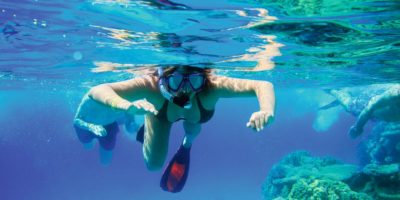 The history of Sosua beach dates back to the early 20th century, as it used to be a banana plantation of the United Fruit Company, and the bay used as a port to load cargo ships. Later the plantation closed for about a decade, and the land was granted to about 1,000 Jews that were able to flee from Hitler`s invasion in Europe during WWII; as the only place on Earth that opened the doors to them was the Dominican Republic, by then under the rule of dictator Trujillo.

During the mid 1980`s Sosua became popular among tourists visiting Puerto Plata, which was declared the first tourist destination in Dominican Republic, by government decree. Today the beach town is part of the best attractions of the North Coast, with its golden sand beaches, mountain scenery, rivers, and many tours such as ATVs, sports fishing, diving, snorkeling, horseback riding, golfing ( Playa Dorada ), surfing, kitesurfing and laser sailing ( 5 mins away in Cabarete ) eco friendly park of El Choco and many other activities and night life. 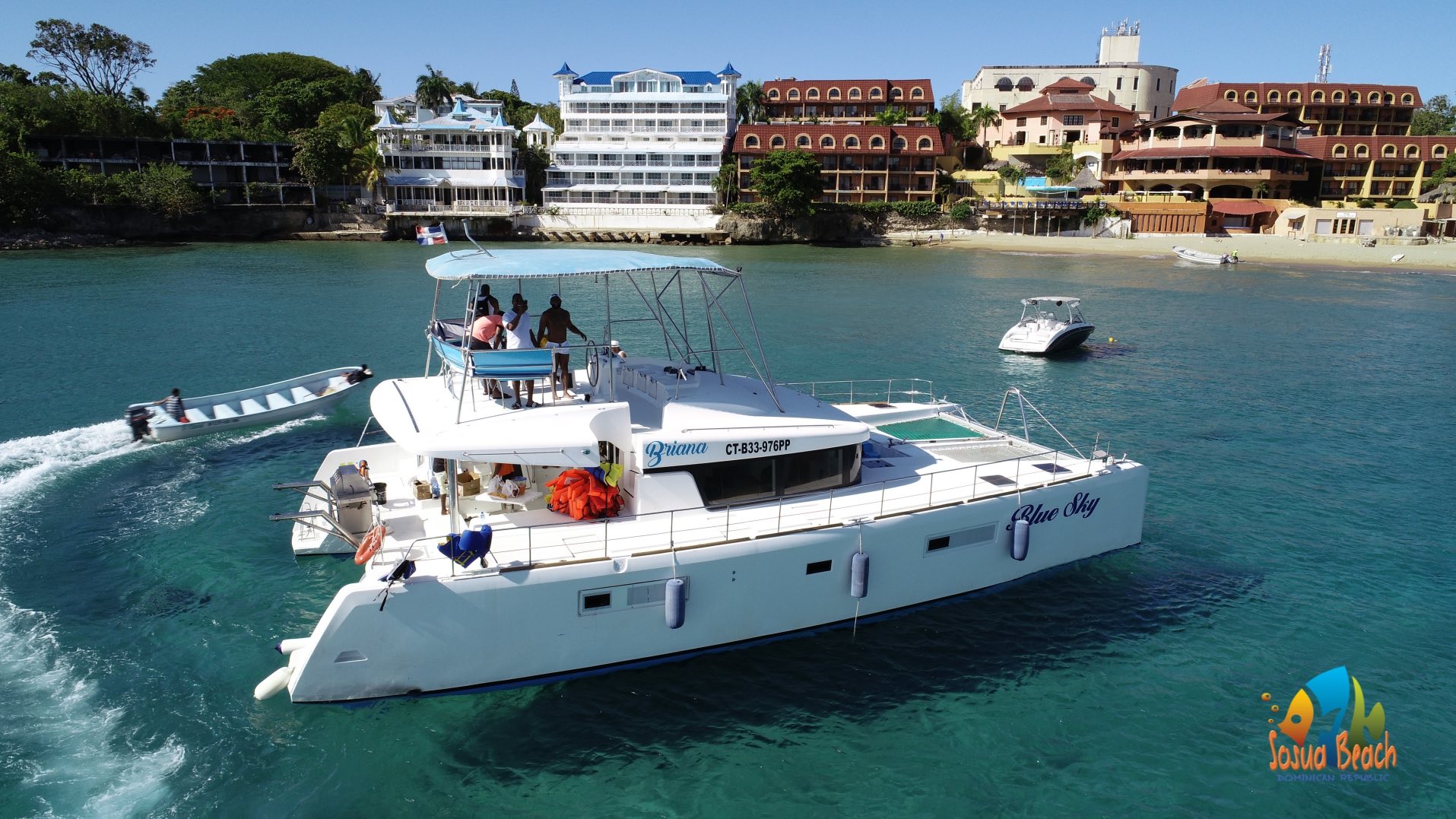 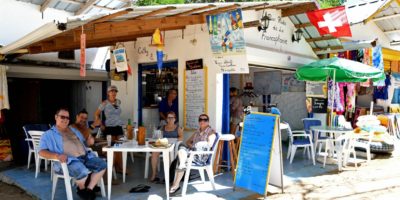 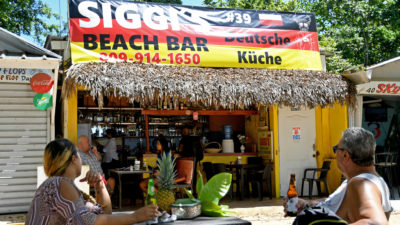 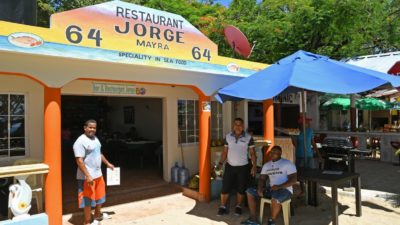 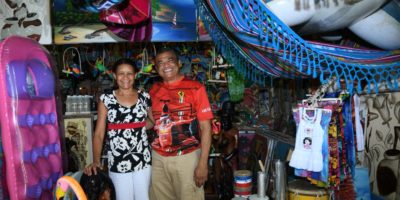 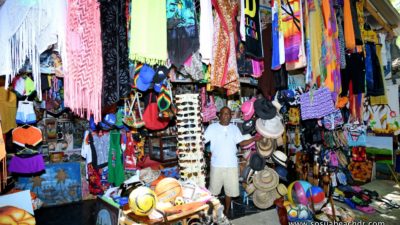 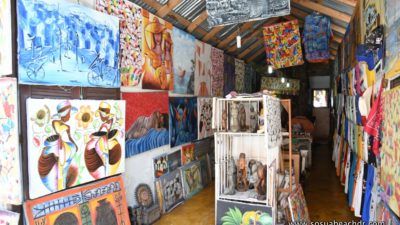 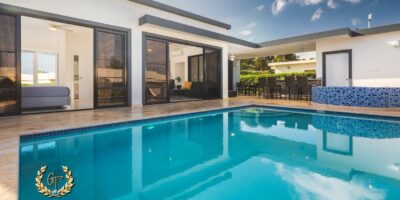 Sosua beach house for sale, a home For sale in a great location of the North Dominican ...
By ConciergeJanuary 3, 20210
Real Estate 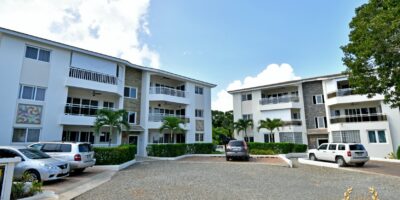 Sosua condos for sale with 3 bedrooms, 2 bathrooms and club house. Located in a gated community ...
By ConciergeDecember 31, 20200
Real Estate