The clear waters and tropical, warm weather of the North Dominican Republic make it a great diving destination, throughout the year. The number and variety of diving sites along Sosua`s coast and off the beach ( Sosua Bay ) host an amazing number of colorful fish, with 15-30m good visibility and temperatures averaging 25-29°C / 76-82°F. 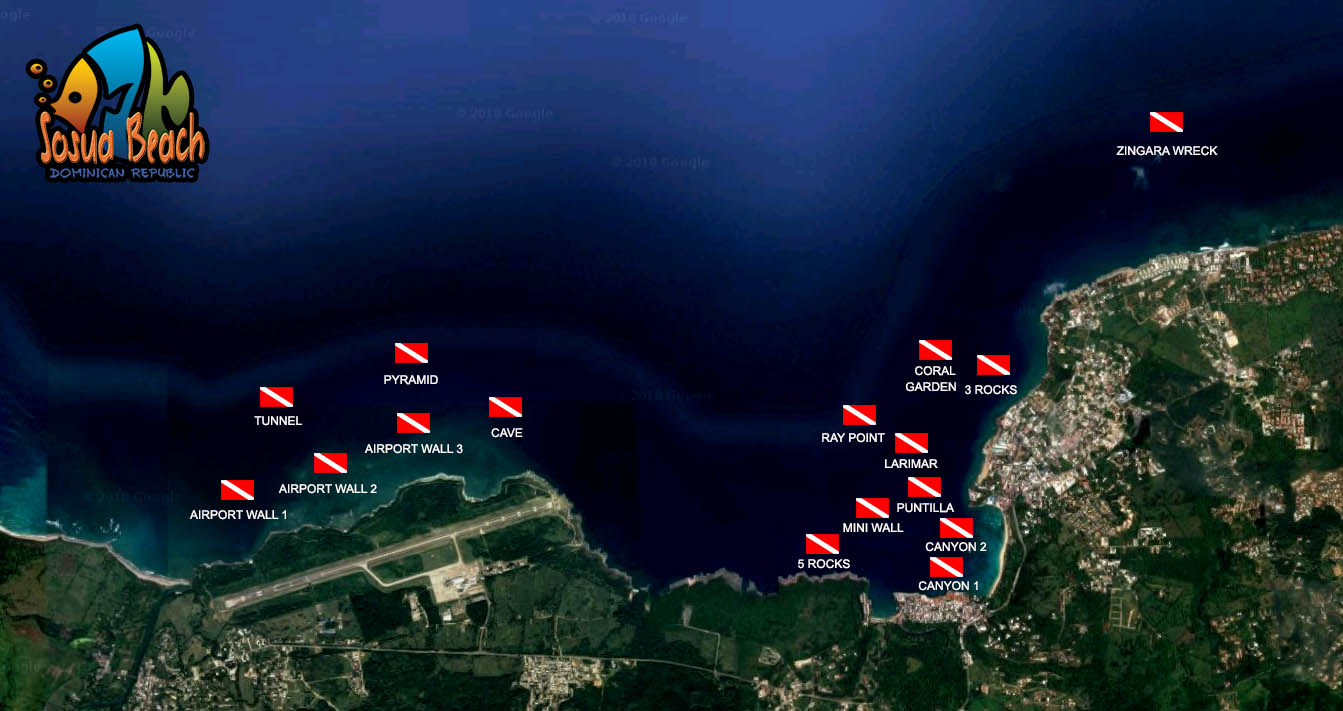 This list of diving sites can also be found in the pages of the diving centers of Sosua Beach, and if you want to have a preview of the marine species that inhabit the North Coast, visit the Sosua marine life page in this website. 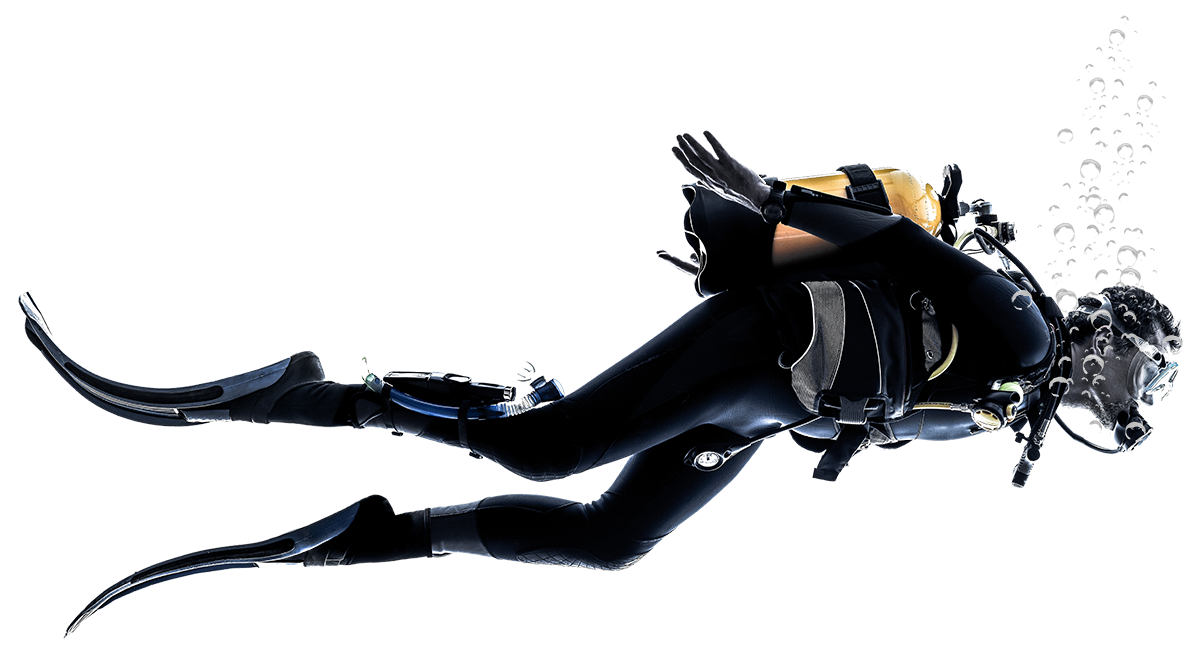 This sunken, 36-meter coastal freighter was stripped of hazards and prepared specifically for scuba diving, purposely sunk in 1993. Now it is covered in coral, plants and sponges, home to fish and other species. Although considered very safe with no hazards, the Zingara is for advanced divers.

Inside the ship, there is plenty of space to explore, and a large school of grunts follow you all the time. The machine room still shows the engine block in one piece. The Zingara is located off the coast of Sosua between Playa Chiquita and Playa Laguna. Its GPS coordinates are 19° 47′ 10.788″ N, 70° 30′ 9.04″ W and takes about a 15 minute ride in a boat departing from Sosua Beach.

Video of the Zingara Wreck, by Dive Center Merlin:

Considered one of the best dive sites in Sosua, the airport wall offers one of the richest experience for divers visiting the North Coast of Dominican Republic. This vertical reef wall sits along the length of the POP airport near Sosua, easily accessed within minutes by boat from Sosua Beach. The dive begins at 33 feet and drops to 98 feet.

Coral and marine life is abundant here, as large and small fish shelter inside the crevices, overhangs, and protrusions. Species such as cleaner crabs, shrimps, tangs, grunts, wrasses, angelfish, and other beautiful tropical fish can be seen in the reef. hard and soft corals, nudibranchs, sponges and sea fans are part of the flora, and the occasional mantas, barracuda, reef shark, and eagle rays.

The average depth of this dive site is 59 feet, and the maximum depth 118 feet. Airport wall`s visibility ranges from 32 ft -98 ft, depending on the weather conditions. Its average water temperature is 28°C/82.4°F; due to its open water location, it is affected by oceanic currents. There are swim through caves and tunnels that make this one of the best diving experiences in Sosua.

Perhaps the best known of all diving and snorkeling sites in Sosua, Three Rocks consists of 3 rock pinnacles about 300 meters off the coast of Imbert Beach. This is an ideal diving and snorkeling area for beginners, who can also get to feed reef fish such as the sergeant major, bluehead wrasse, French grunt, and blue tang.

The dive starts at 3 meters (10ft), with a slope that has a max. depth of 9 meters (27ft); each rock is surrounded by a sandy bottom, home to many tropical fish. There are also other species such as moray eels, stingray, peacock flounder, and yellow tail snappers. These coral heads are famous among daily snorkeling and diving tours visiting Sosua in boats and catamaran tours every day. Nearby the Three Rocks there is a coral nursery and artificial reef.

Located near the Three Rocks diving site, the Coral Gardens host the Sosua Bay rejuvenation project, a coral restoration initiative by a group of dedicated divers from the local diving centers. There are several man-made domes with staghorn coral growth in rope structures. This coral nursery is the most important conservation program ever done to enhance the diving areas of Sosua.

After the first coral garden, there is an outer reef wall called Coral Garden II. This wall is a 40m (130ft) sloping dive with numerous coral caverns, large rocks and mazes. The dive starts at 20m(66ft), and here you can find lobsters, turtles, small and big fish.  Many sponges populate this area, also whips and sea fans.

Diving here is available year-round. Visibility is around 30m(98ft) and the average temperature is 27-29C/81-84F. This diving area is reached within 5 minutes by boat from Sosua Beach, and the species divers can see here are queen angelfish, yellow stingrays, cushion sea stars, lobster, grunts, spotted sand snake eels, giant Moray eels and others.

Just as its name implies, this reef wall offers refuge to different stingrays, at times including Eagle and Manta rays. It is located in front of Playa Chiquita, starts at 23m(76ft) and drops to 40(130ft). The reef has Caribbean reef fish such as blue tangs, blue chromis, squirrel fish, barjacks, and even dolphins cruising by on some dives. This site is best for advanced divers, and the experience is a must do when visiting Sosua Beach for diving purposes.

Parallel to Sosua Bay`s coast line, this wall offers quite an interesting dive with its four fallen boulder passages and crevices, where lobster, barracuda, rays, seahorses, moray eels and crabs are swimming and hiding. The maximum depth  here is 20m(130ft), the wall starts at 5m(15ft) and drops to 20(66ft).

Species found there on a dive are also porcupine fish, sergeant major, blue chromis, sand diver, smooth trunkfish and grey angel fish. The uneven terrain makes it a great place for species to live in, and for divers to watch many tropical species. Its location is pretty close, right at the outside of Sosua Bay and close to the mini wall dive site.

About a kilometer away from the shores and just outside of Sosua Beach, the Mini Wall is a 33m(110ft) dive reachable from the beach within 4 minutes. The wall starts at 15m(50ft) and its canyons slope down to its max depth. Caverns and crevices in this dive spot host various species such as angelfish, grunts, spotted moray eels, trumpet fish, and also anemones.

Coral pinnacles are surrounded by schools of fish, also seahorses. Blue chromis are common here, and the invasive lionfish species. Baby Caribbean squid and juvenile barracudas swim by and sometimes stop to check out divers. Various types of coral grace the dive, including brain and rough cactus ones.

Most tours start in Palmeras, the drift dive to reach pyramids. Among the species found here there are blue tangs, peacock flounder, yellow tail snapper, spotfin butterfly fish, sea urchins and other. The corals have vibrant colors and varied, perfect for those who are into underwater photography.

A favorite for underwater photography, Canyon is a one of a kind dive. Lot of schooling fish swimming by, wrasses, Sergeant majors, tangs, yellow tail. The reef is located in the middle of Sosua Bay, actually called canyon I & II. It has a max depth of 30 feet (9m) inside the wall.

Spiny lobster can be found among the crevices and coral, and blue tang and blue Chromis mingle with other species such as the French grunt.

Inside the reef, a sandy bottom holds a rock pinnacle famous in most of the photos and videos of this dive site. Moray eels are found peeking out of the rocks, also arrow crabs, frogfish, and looking up there can be Tuna and Barracuda swimming by.

Lighting is good on a sunny day, so bring the camera when you dive here. The Canyon is suitable to all levels, beginners and experienced. Sosua diving centers have this site mapped and can arrange tours from Monday to Sunday.

Video of Canyon by Bwinski:

Set between the airport wall and Sosua Bay, this dive site is named after the 5 large rock pinnacles that start at a depth of 13 feet (4m) and drop to 85 feet(26m). Coral is abundant here, so many species make their home among this site: Lion fish, Trumpet fish, Squirrel fish, bluehead wrasse, French Grunts, crabs, and other species.

The rocks are spread around 100 meters, provide plenty of light for photography. Reaching the site by boat takes about 7-8 minutes departing from Sosua Beach.

Considered one of the best diving sites in Sosua to get open water course training ( PADI), Paradise/Larimar is ideal for advanced divers. The top of this reef is 60 ft (18m) and slopes to 100+(30m) depth. The site is divided in two by local divers, because there is Larimar I ( shallower ) and Larimar II (deeper).

Many of the species common to the area inhabits these reefs, such as the blue Chromis, yellow head wrasse, French grunts, grouper, blue tangs, and moray eels. Lionfish, trumpetfish, octopus and hermit crabs are seen in the videos.

Video of Larimar by Scuba Bill