Parrotfish ( Scaridae ) are colorful marine species that inhabit shallow tropical and subtropical oceans around the world. They are a favorite among divers and underwater photographers, due to their shiny, diverse colors. Also a favorite due to their meat, so their low numbers prompted an international campaign to ban its capture and consumption for several years.

Parrotfish are named for their dentition ( similar to a parrot beak ), which are fused together on the external jaw bone, so strong that allows them to rasp algae from coral and other rocky substrates. Their size vary, often around 12-20 inches long and in some cases reaching 1 meter or more ( in the case of the green humphead parrotfish ). The smallest species is the bluelip, with a maximum size of 5.1 inch.

Parrotfish are herbivores, feeding on epilithic algae. They also eat zooplankton, small organisms and invertebrates, bacteria and detritus. Some larger species like the green humphead feed on coral polyps. Their feeding activity plays a major role in the production of coral sands in the reef biome, and can prevent algae overgrowth on the reef structure.

Their teeth grow constantly, replacing material worn out by feeding. Their pharyngeal teeth grind up the coral and rocks the fish ingest during feeding, which they excrete as sand, helping create small islands and sandy beaches.

Parrotfish can live up to 7 years, and can change their sex after adulthood. They can also change their coloration pattern, which varies greatly and can be hard to classify. At night, certain species envelope themselves in a mucous cocoon that masks their scent to make it harder for predators to find them.

The Ban in Dominican Republic

Parrotfish population decline prompted Dominican authorities to place a ban for 2 years, as the fish was being consumed by so many people in the island. Sosua did not escape to the ban, so now it might be easier to spot more parrotfish in Sosua Beach reefs. Speak to a diving center about diving tours to see and photograph this colorful species. 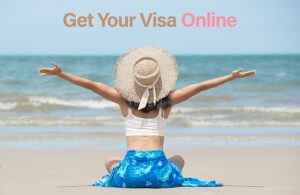