This species is considered very territorial and like other reef fishes, it produces sounds in response to disturbance, and in spawning events. It defends its crevice using grunts to warn of danger and in groups to intimidate predators such as the Moray eel. It can grow to 7.8 inches and has been harvested on a small scale. In the Dominican Republic this fish is called Candil.

The squirrelfish is found in the Western Atlantic Ocean, Caribbean Sea and the Gulf of Mexico. Also in Bermuda, North Carolina ( USA) and Brazil. In the Eastern Atlantic it is found in tropical and subtropical waters of Ascension island, Sao Tome island and Gabon, South to Angola. They occur at shallow coral reefs and deeper waters ( 180 meters/590 feet ) though commonly at 30 meters/100 feet. 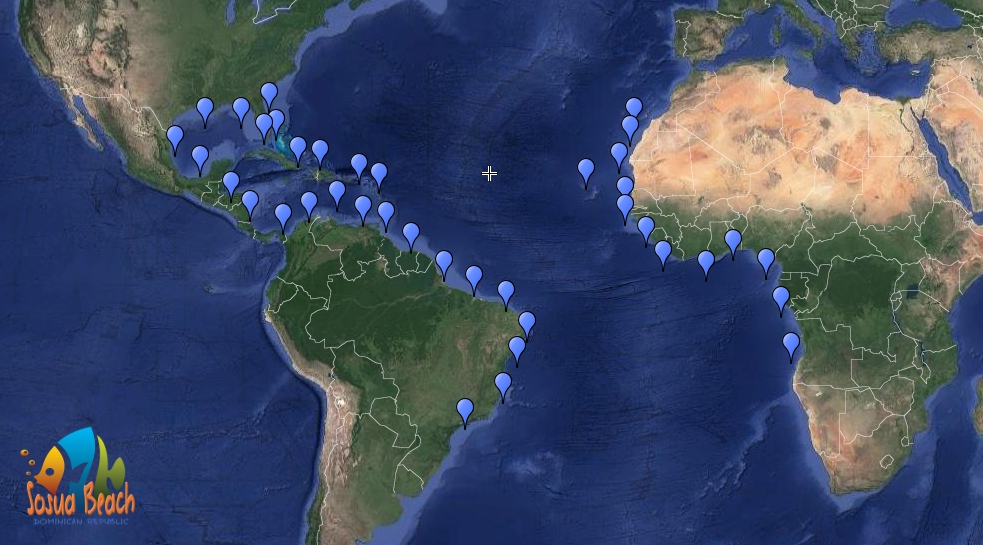 It is found in most diving sites off the coast of Sosua, Dominican Republic, as well as other sites around the island. It is a nocturnal species, preying over seagrass and sandy bottoms at night. During daytime, it hides in crevices and under ledges to avoid predators. Juveniles form aggregations, and adults are more isolated within established territories. Its sound-producing ability using their swim bladder allows them to communicate with each other.

Holocentrus adscensionis feeds nocturnally on meroplankton such as crab larvae, shrimp larvae, small crustaceans and other smaller fishes. Squirrelfish reaches a size of 24 inches (61 cm), most commonly found at 9.8 inches (25cm). This species spawn year round in the warmer regions of its range, and only in the warmer months in the cooler waters of higher latitudes. Sexual maturity is reached at 5.7 inches (14.6 cm) . 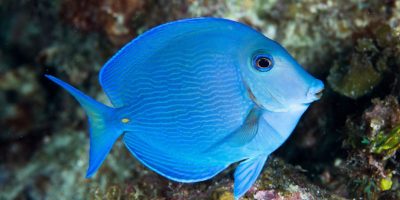