Sergeant Major (Abudefduf saxatilis) is the most commonly seen fish in Sosua Beach and other snorkeling sites of the North Coast. The small, oval shaped reef fish is named from the military stripes they resemble, which are five black bars on its sides. When in sandy areas and over reefs, the fish is in the light phase, a more silvery gray color with a yellow sheen along its upper sides; and when hiding in a cave or crevice, it enters its dark phase, going darker blue. This fish belong to the Damselfish subfamily.

The sergeant major range is worldwide in warm waters, including the Caribbean. In the Atlantic Ocean, the fish can be found from Rhode Island in the USA all the way down to Uruguay. It is abundant in Caribbean Sea reefs as well as around islands in the mid-Atlantic region. In the eastern Atlantic Ocean, its range includes Cape Verde, along the tropical coast of Western Africa, South to Angola. 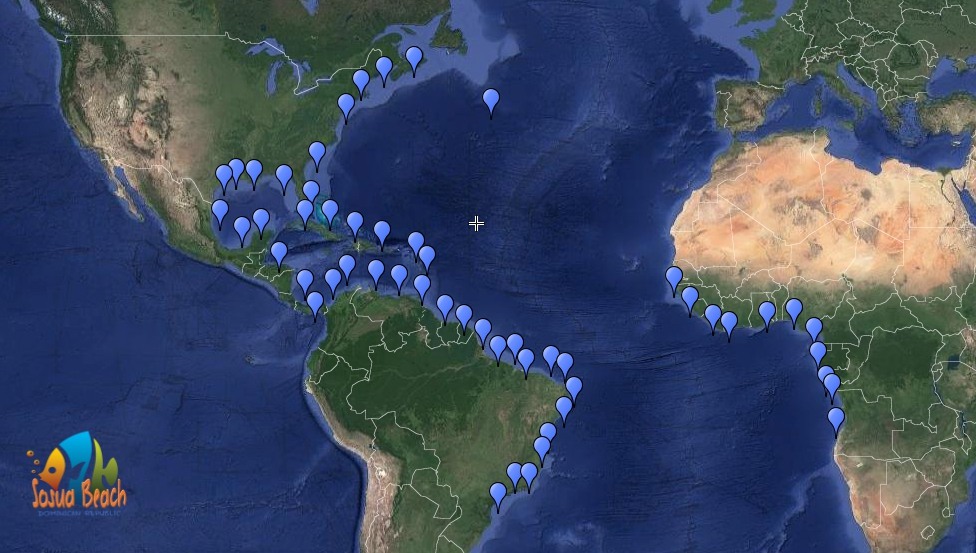 Sergeant major forms large feeding aggregations, of up to a few hundred individuals over shallow reef tops at depths of 3-50 feet ( 1-15 m ). When night approaches, the fish seek cover in crevices and caves within the reef. Juveniles are found in specific habitats, often schooling close to caves, shipwrecks, or other protective objects. They can also be found in floating sargassum communities.

The sergeant major spawning occurs on rocks, shipwrecks, reef outcroppings and pilings where the male prepares the nest. Courtship rituals includes males chasing the female during the morning hours. During spawning, approx. 200,000 eggs are released. The male takes on a bluish color while guarding the fertilized eggs. He guards them until they hatch, and it takes about 155 hours.