Sosua river, out of all the rivers in the area, has been sort of elusive to our lens. Perhaps because of the little interest of most people towards what is considered a “short” river (only about 8 kms long); or because most locals consider it of little value because it does not sustain fishing for a living – not to mention the homes dumping trash in it, something we should raise awareness about.

This beautiful waterway is born up in  Bella Vista, where it falls and pools in a beautiful natural landscape where locals gather every weekend; snaking its way between Maranatha and Sosua Abajo to finally mingle with the Atlantic Ocean at El Tablon beach.

Backtracking our steps, we drove to the gorgeous natural scenery of Los Pescadores beach (El Tablon) where the river meets the beach, and decided to shoot a video for an article we wrote about a year ago on the Sosua fishermen. After talking a local fisherman into hiring his boat to shoot some scenes, we found out we could sail in the river, and voilá, we raised the offer to include a motorized river tour.

The river end on the beach has a sandy beach, cleaned by the local fishermen who operate a fish cleaning station and a fresh fish store where anyone can buy the catch of the day (fishermen arrive around 11am). Here there are boats sitting by the shore, some coming and going in hopes of catching the big fish that land bigger financial rewards.

The beach at El Tablon is like a small bay, with towering walls on the East side; squatters long ago created a small barrio called La Piedra (the rock) which could be considered the lowest income neighborhood in Sosua- yet it looks so naturally beautiful as the vines hang down from above as those hanging rocks in the Avatar film. Magnificent Frigate birds fly low looking for fish, and ducks swim carelessly around.

The first leg of the tour was great, the river is dead calm and the gorgeous greenery around it is home to several bird species such as Rails, Herons, ground doves, etc; also turtles and small fish seen by the shores. As we advanced, the beauty of local Ceiba trees was mesmerizing, the way the roots grow in perfect balance.

The Human Factor: Trash in the rivers

The Sosua river feels great for the first 300 meters as it is pristine private land, undeveloped; further on we started to find a lot of trash, some hanging higher than usual as the river swells and then recedes back down, leaving plastic everywhere. Large, fallen tree trunks carried by the river had to be avoided along the way, also another concern.

The deeper we sailed the more concerned we became of finding a way to fix this issue. The fisherman manning the boat said the trash source are the homes by the river between Sosua Abajo and Maranatha. Fixing the problem will take a big effort: to get proper handling of trash in these communities, enforce the law and raise awareness in the young and older folks about the river`s importance. We will try our best to create awareness.

This eco tour is recommended as part of the Bella Vista river, Martinico and Saltadero tour, 4 rivers worth visiting while in the North Coast. This one in particular allows the visitor to get fresh Tuna, Mahi Mahi and other interesting Caribbean fish, the fresh catch of the day direct from the fishermen.

How to Get There:

Finding Sosua river is easy, just take the main highway 5 and turn into Charamicos, then turn left into El Tablon where a young forest road leads down to the Fishermen village. There are many fishermen that would do the tour for about US$50; The location is great for photography and the fishermen are great people. 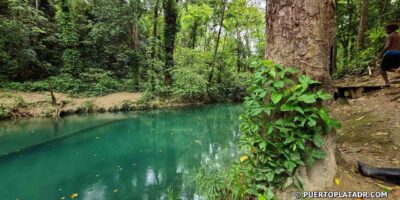 Martinico Saltadero rivers are two of the best eco tours we recommend to venture off the beaten ...
By ConciergeApril 25, 2022
Ecotours 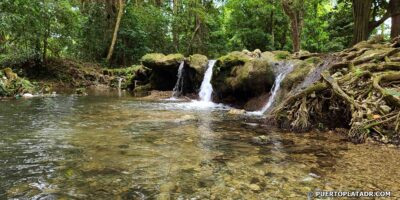 The Sosua Bella vista river tour is a journey to venture deeper into the local society as ...
By ConciergeApril 24, 2022
Ecotours