Humpback whales ( Megaptera Novaeangliae ) is a species of Baleen whale. It has a distinctive body shape, with long pectoral fins. This species is very popular with whale watchers due to its surface behaviors such as breaching ( surfacing to breathe ) which is done jumping out of the water, or lunging. In the Dominican Republic, whales travel the North Coast ( the reason they`re seen in Sosua and along the North Coast ) while traveling to Samana and the Silver Bank marine reserve during November and April.

Humpback whales are one of the larger rorqual species, adults range in length from 12-16 meters ( 39-52 ft ) and weight 25-30 metric tons. Some people compare its size to a large passenger bus. Their flippers can grow up to 16 feet (5 m) long, which is the largest appendage in the world. Their tails are also massive and grow up to 18 feet (5.5 m) wide. Like most whales, females are larger than males. 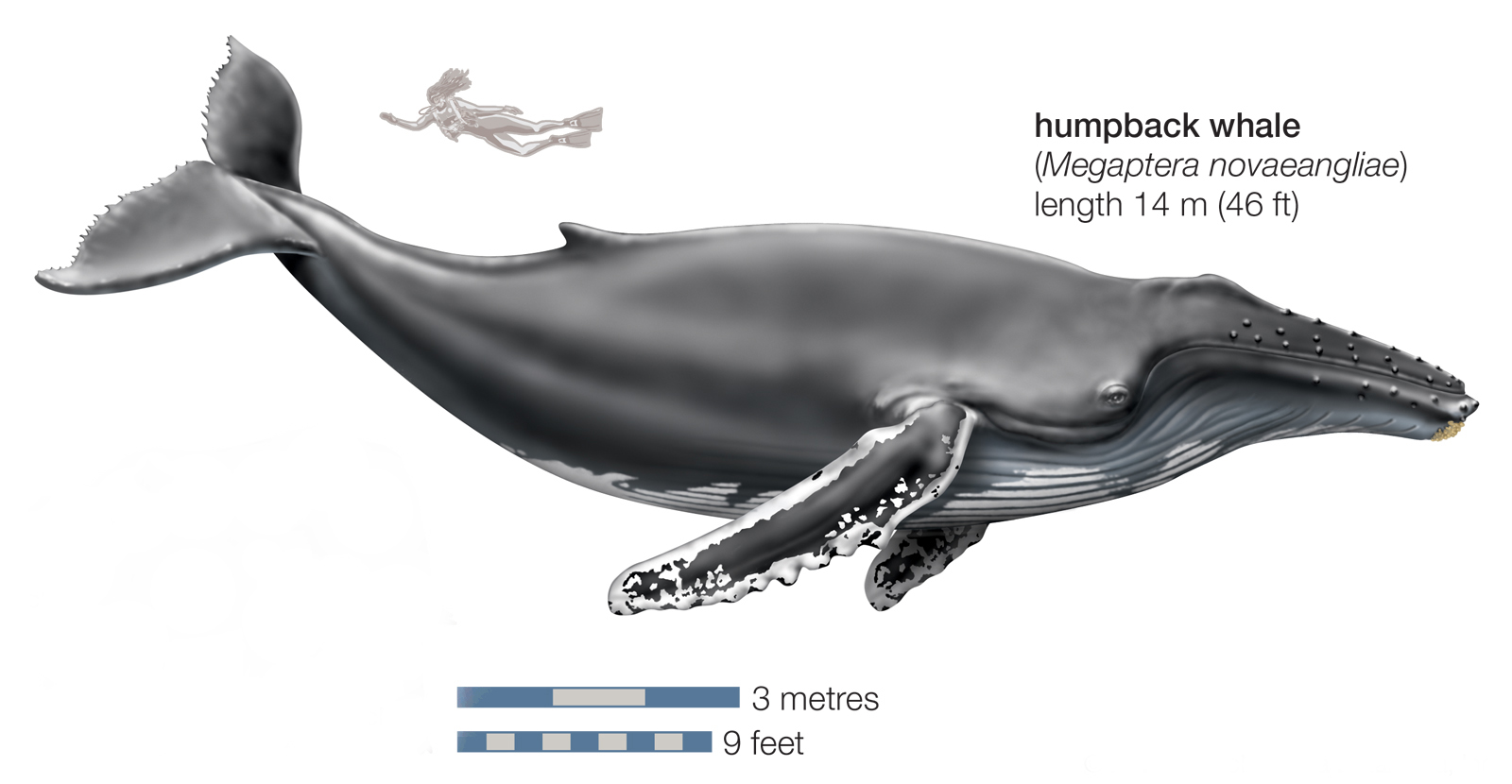 Humpbacks inhabit in all major oceans, and the four major populations are the North Pacific, the Atlantic, Southern Ocean and Indian Ocean. In the North Atlantic, feeding areas range from Scandinavia to New England. Breeding occurs in the Caribbean and Cape Verde. In the Dominican Republic there are whale watching tours during the first few months of the year in Samana, Northeast of the island.

In October 14, 1986, presidential decree #319 established the marine sanctuary of Banco de la Plata, a maritime area 140 kilometers North of Puerto Plata, that extends to Rincon Bay and Cayo Levantado in Samana. It is considered that about 3-5,000 whales travel here every year between November and April, for breeding season. 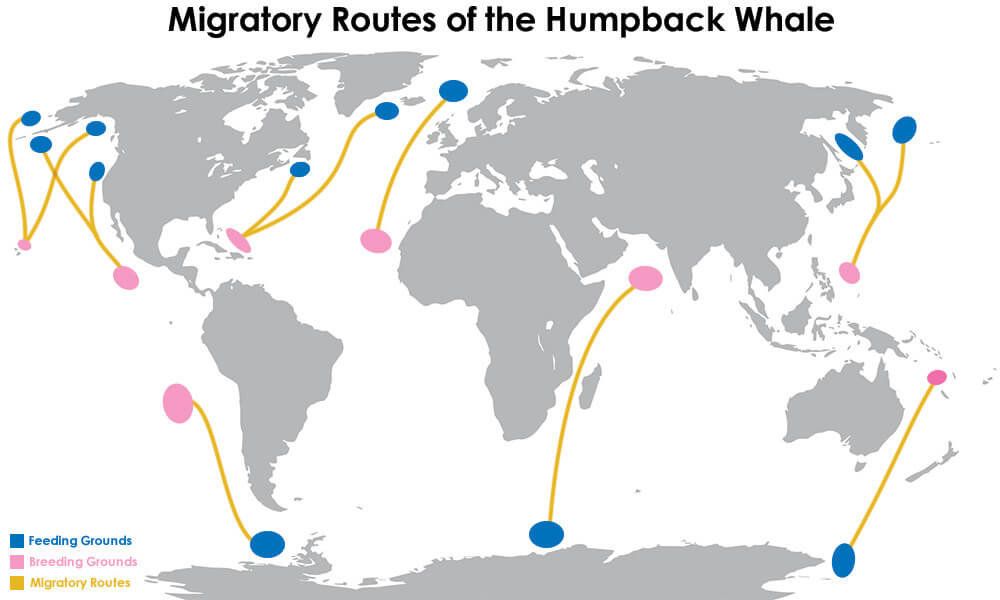 Humpbacks feed in summer and live off fat reserves during winter. They rarely feed in their wintering waters. It hunts for krill and small schooling fish such as the Pacific salmon, herring, capelin, American sand lance, Atlantic mackerel, pollock and haddock. Humpbacks hunt by direct attack or by stunning prey by hitting the water with pectoral fins or flukes.

Males produce a complex song that lasts 10-20 minutes, which they might repeat for hours. It is believed the whale songs are related to mating. The Ocean Mammal Institute has them recorded and available for playback, and Ocean Networks Canada has segments we added here below:

One of the most important components involved in the reproduction of humpback whales is their migration pattern. Humpback whales migrate seasonally between high-latitude summer feeding areas and low-latitude winter breeding areas. Due to their migration patterns, reproduction is strongly seasonal, with peaks of spermatogenesis and ovulation occurring during the winter.

The primary function of migration is believed to be as a reproductive display to attract potential mates. Females reach sexual maturity at 6-8 years of age, and gestation lasts about 11 months. Calves are 12-15 feet long at birth and weight around a ton. Humpbacks are uniparous, they give birth to just one baby at a time.

In 1946, the International Whaling Commission (IWC) was founded to oversee the industry. They imposed hunting regulations and created hunting seasons. To prevent extinction, IWC banned commercial humpback whaling in 1966. By then, the global population had been reduced to around 5,000.

Humpback whales are vulnerable to entanglement in fishing gear, noise pollution and collision with ships. Like other cetaceans, humpbacks can be injured by excessive noise. In the 19th century, two humpback whales were found dead near sites of repeated oceanic sub-bottom blasting, with traumatic injuries and fractures in the ears.

Sonar technology also affects whales, according to military reports. Whales subjected to military sonar will neither dive nor feed, according to an unpublished 2007 report from the UK military and the Natural Resources Defense Council (NRDC).