Sosua Beach Changes 2022 were revealed in a second meeting of Dominican president Luis Rafael Abinader with the people of Sosua and local authorities. The president announces an investment of RD$350 million in the reorganization of Sosúa Beach. The DR Minister of Tourism David Collado applauded the efforts made by the government of President Abinader for the  sake of tourism in this beautiful beach.

President Luis Abinader and the Minister of Tourism, David Collado, led the signing of the Commitment Agreement for the reorganization of Sosúa beach, whose initiative seeks to order the entire environment of the area currently slums, with the presence of a large number of booths. 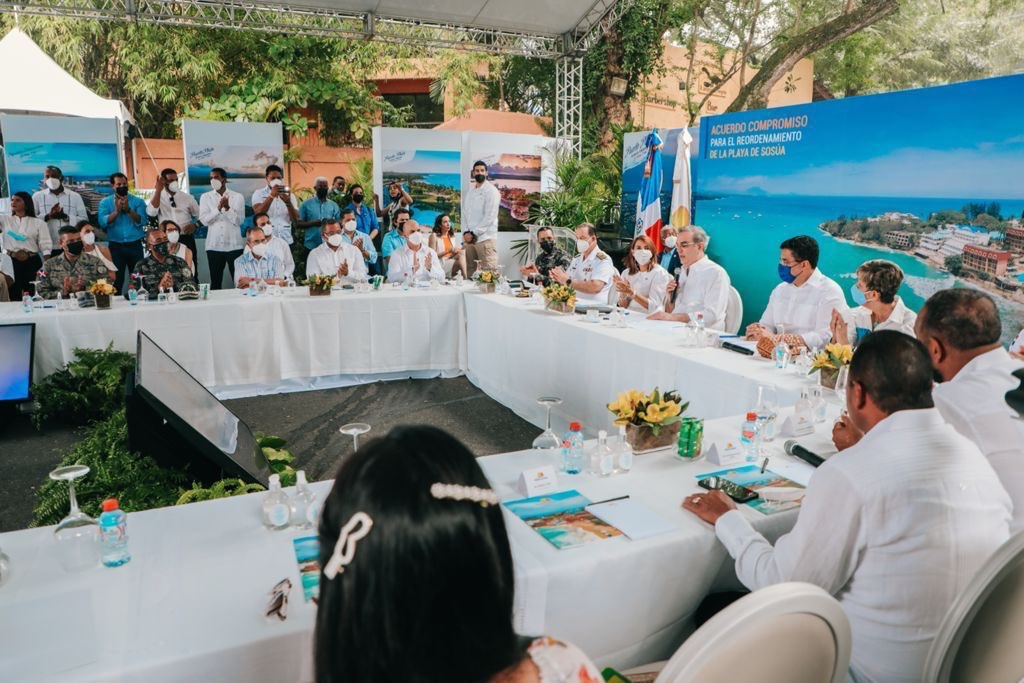 Abinader stressed that the government has been characterized by seeking to advance consensus and that it is necessary to develop tourism for the benefit of all sectors. He stressed that beach vendors benefit from organizing the beach. The works include the reconstruction of the beach premises, a large plaza for vendors, among other works, with a total investment of RD$350 million. 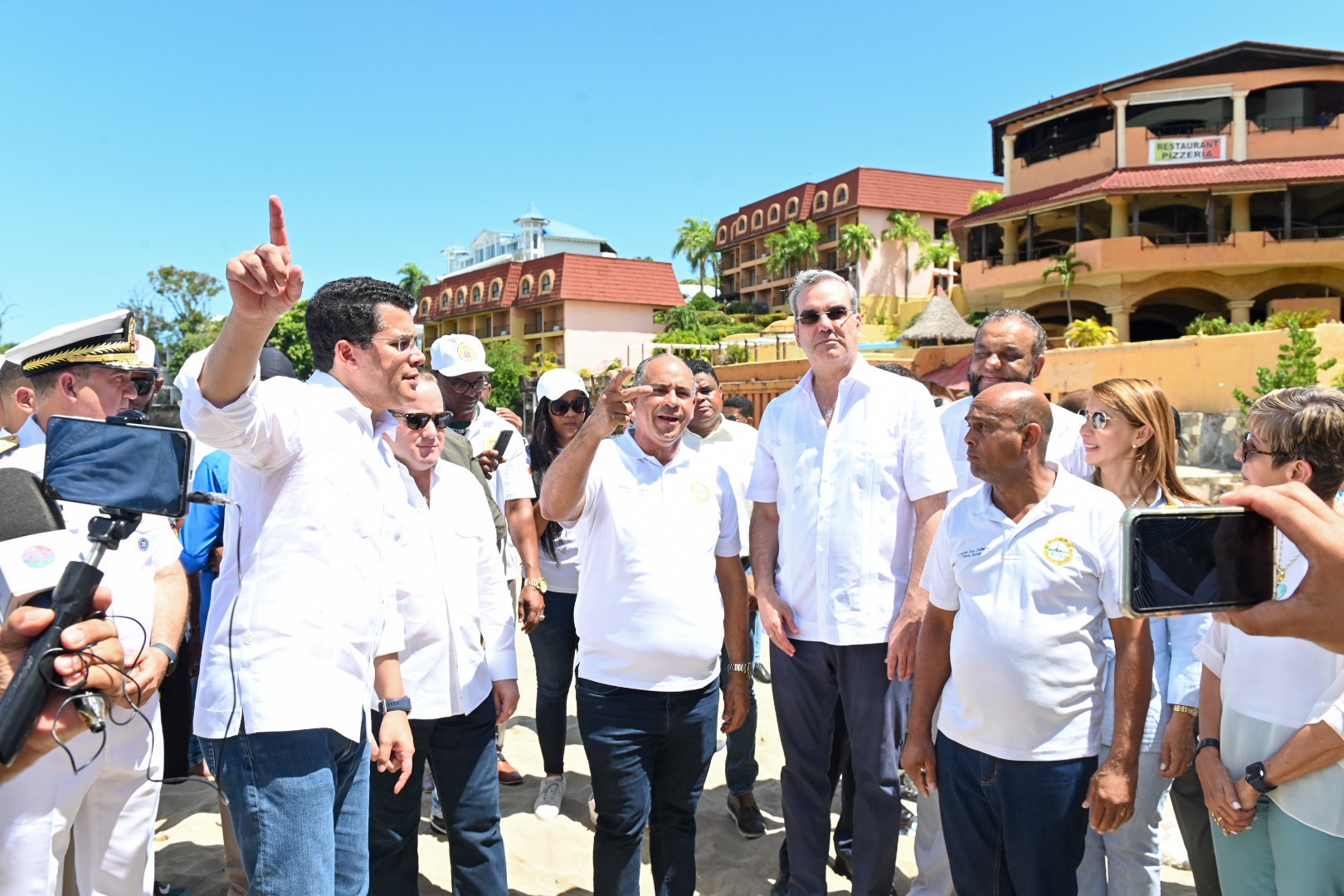 The institutions committed to generating and promoting the conditions for the recovery of the beaches, enabling bathrooms and regulating the vendors who make life in the area of the Alicia, Sosúa and La Playita beaches.

Mr. Andrés Pastoriza on behalf of the Tavares families donated part of their land for the solution proposed by the government. Pastoriza said that his family has been linked to Sosúa for more than 80 years, which is why they have decided to give up those lands to contribute to the recovery of tourism in that community through Sosua beach changes 2022.

DR President Abinader announced also a hospital for Sosua in 2023.

The president stressed that the initiative is a transcendental step for the relaunch of the important tourist destination, which he defined as “the first truly tourist town in the country”, indicating that he seeks to recover its development as a healthy, family tourist destination where visitors can walk its streets with complete freedom and integrating all sectors.

Collado, highlighting the development of the work, said that it seeks “the integral development of tourism in Sosúa, with a set of initiatives that go beyond the intervention of the beach and that includes a protection program for the children and adolescents, in conjunction with UNICEF, the governor’s office, the mayor’s office, the senatorial office and community entities. 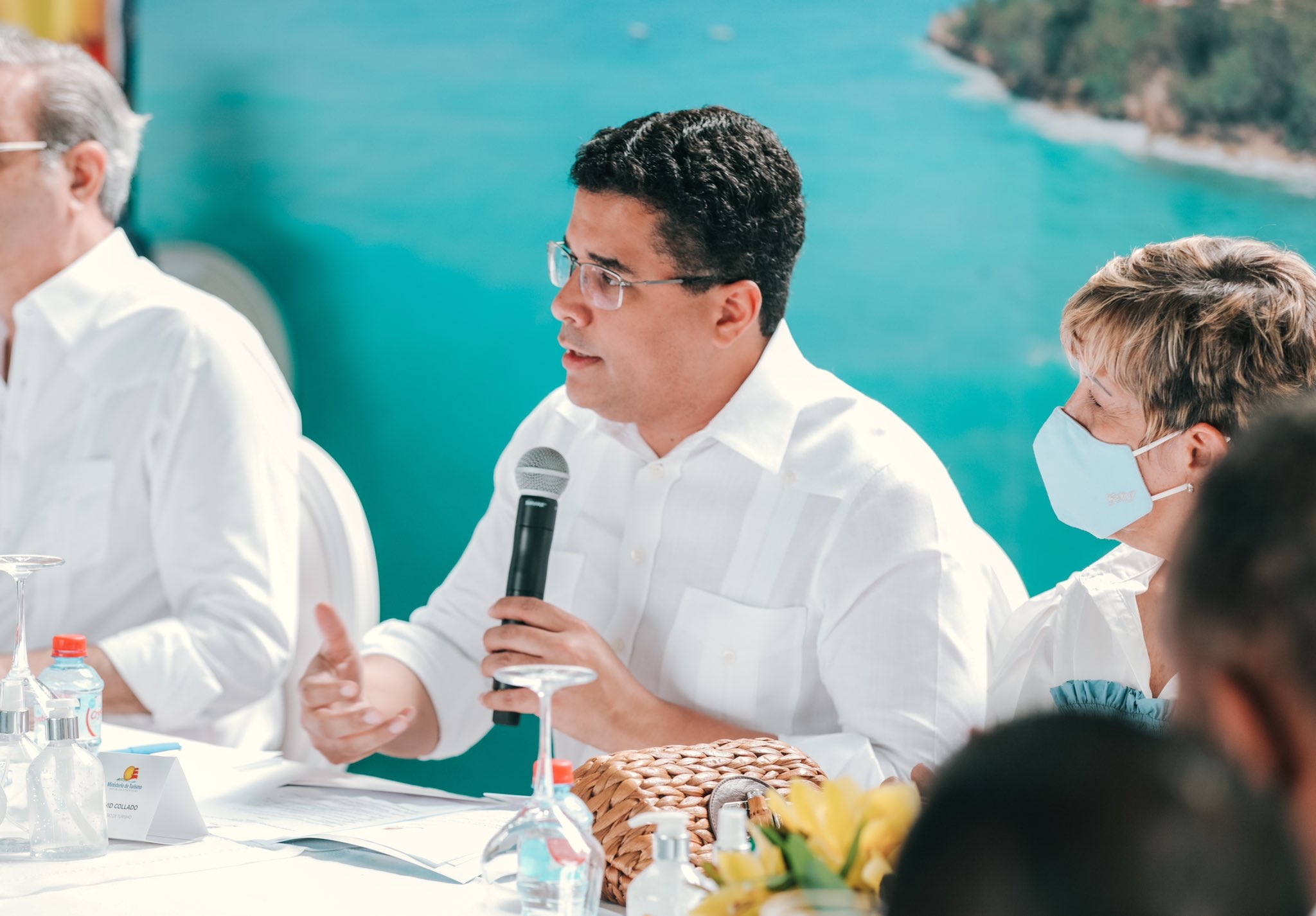 He also stressed that for 50 years slums and disorder have reigned on the beach but that with the start of the project a new stage begins. The Minister of Tourism praised the transparency of the bidding process with the participation of five universities, the Catholic and Evangelical churches.

He also reiterated that they want to provide solutions to the problems of the communities and promote their development and indicated that in In the case of the historic center of Puerto Plata, the government initiated the investment of 150 million pesos for the renovation of the different areas of this important destination. 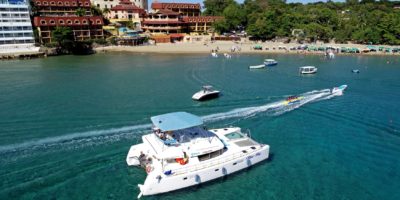 Sosua Beach catamaran party has always been a great way to mingle with friends and celebrate a ...
By ConciergeJanuary 16, 2022
catamaran

Sosua Beach 360 degrees, A beautiful view of Sosua and Alicia beach from a high flying perspective ...
By ConciergeApril 26, 2021
Beaches